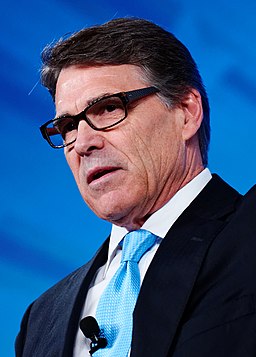 The selection of Perry, who also had been mentioned as a candidate for agriculture secretary, was disclosed on Monday night after Perry met the president-elect at Trump Tower in New York.

Perry has advocated lighter regulation on the fossil fuel industry, and has called the science around climate change “Unsettled.” Perry’s proposal to get rid of the Energy Department caused what has become known as his “Oops” moment during a November 2011 Republican presidential candidate debate when he could not remember all of the three Cabinet-level departments he wanted to eliminate.

After mentioning the departments of Commerce and Education, he said, “I can’t. The third one, I can’t. Sorry. Oops.” A few minutes later in the debate Perry said with a laugh, “By the way that was the Department of Energy I was reaching for a while ago.” Perry, who also briefly ran in the 2016 presidential race, would have to be confirmed by the Senate to head the Energy Department.

Perry was a fierce critic of Trump last year before dropping out of the race, calling him “a cancer on conservatism” who offered “a toxic mix of demagoguery and mean-spiritedness and nonsense.” Trump also had harsh things to say about Perry during the campaign, even belittling his eyeglasses by saying, “He put on glasses so people will think he’s smart.” Once Trump secured the nomination, Perry endorsed him as “The people’s choice.” There were indications of a possible rocky handover for the Energy Department after Trump transition officials asked the agency for the names of employees who have worked on climate change issues.